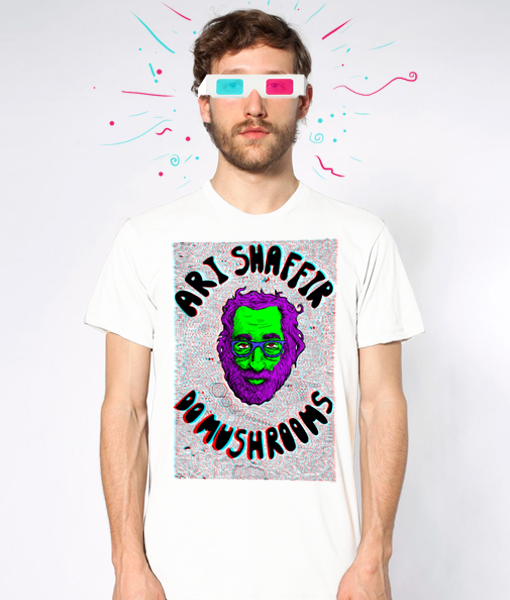 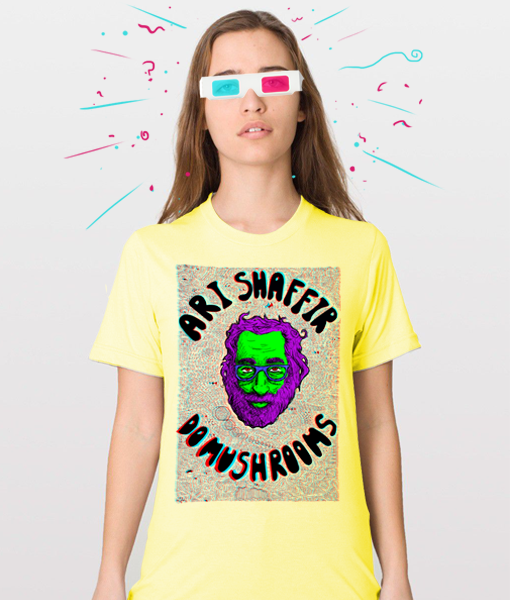 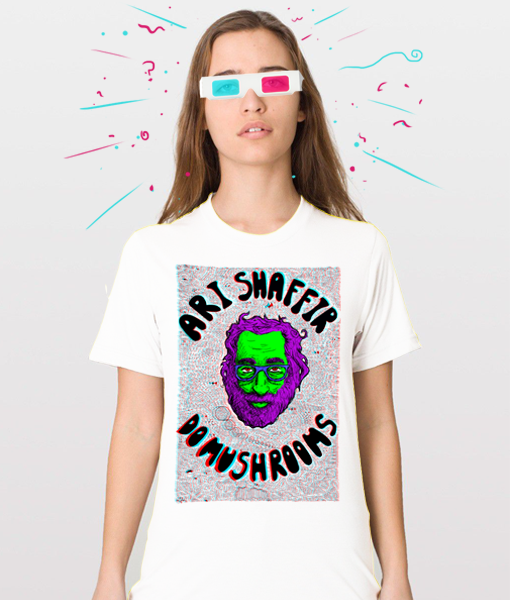 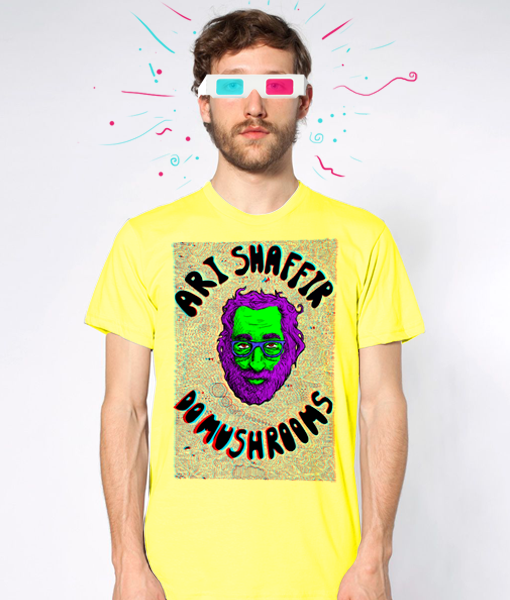 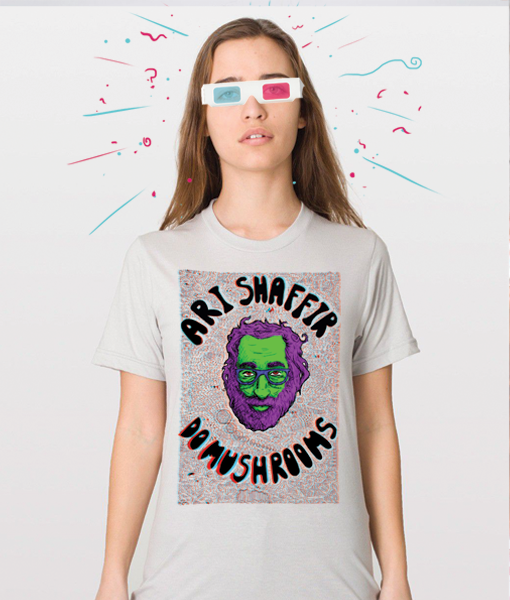 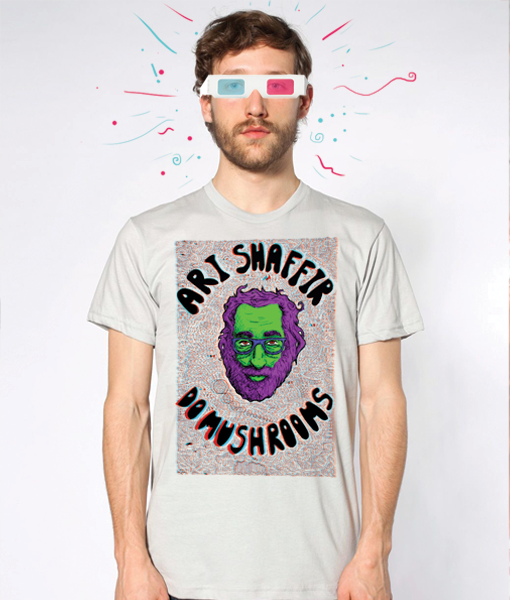 Ladies and gentleman, I present to you; The 2015 Tour Shirt. The first multi-dimensional tour shirt I've made. This year's tour is called the Do Mushrooms Tour and this is the shirt for that tour. It comes with 2 pairs of 3D glasses. That doesn't mean 4 glasses, it means 2 glasses. I don't know why they call one glasses a pair of glasses. Anyway, one for you and one extra in case something is wrong with the first pair. I suggest buying a couple shirts and wearing them with your friend while you're actually on mushrooms. But that's up to you.

The cool thing about this shirt besides how cool it is, is that it works fine as a regular tour shirt. you'll get compliments on it and everything. But then after somebody says, “nice shirt” and you hit them with the 3D glasses? Dude, prepare to blow some fucking minds.

It was made by an Australian fan named Stuart Redman and turned into 3D by @Jayarrsteiner. This is probably my favorite tour shirt design since the 2012.

It's $25 instead of $20 because it's way more expensive to make something 3D but if you pre buy it, I'll throw in this new 2012 poster. As always, my shirts are made with really soft, comfortable fabric. I would never sell you guys those shitty Gildan sandpaper shirts. These are genuine American Apparel knockoff brand Next Level shirts. They run a tad thin, so if you're in between sizes, go to the higher one.

**DONT FORGET! THE GRAY VERSION OF THE TSHIRT ISNT AS 3D AS THE REST**